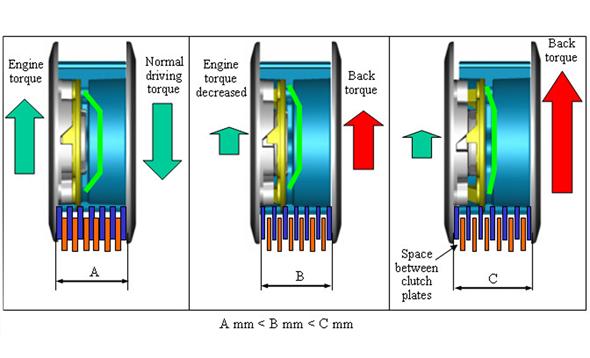 A ramp type slipper clutch, which absorbs the back torque forces transmitted from the rear wheel due to the engine braking forces.

Launched on the 2006 R6 and R1-SP models.
This slipper clutch ensures stability at corner entry as it will eliminate wheel hop when downshifting and helps maintain rear wheel contact with the road surface. 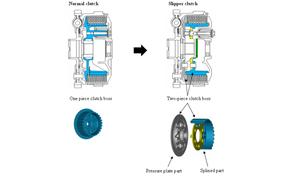 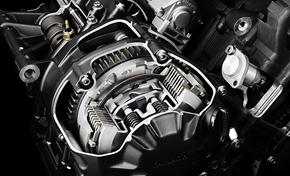 Function
The slipper clutch features a two-piece clutch boss, which will extend if the back torque forces the splined part of the boss towards the pressure plate.
This will create space between the clutch plates.