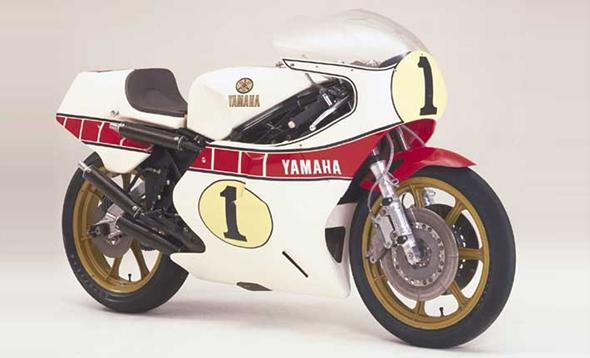 Summary
This system controls the exhaust timing by means of a variable valve so that more effective timing can be ensured in accordance with each rpm level, so that more power output is obtained. 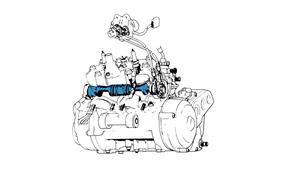 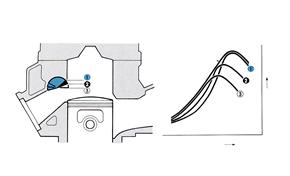 Background
Port timing (intake, exhaust and scavenging) is a very important factor that determines the characteristics of a 2-stroke engine. In general, fast exhaust timing means that the engine will perform well in the high-speed, high-power range, while slow timing means the engine will have good low-end torque. However, a road racer or motocrosser which must perform well especially in the high power range will also encounter many other situations, such as coming out of a corner, when it will need high torque and good mid-range performance.
The YPVS answers both of these needs.

Operation
The YPVS employs a spiral shaped valve located on the top of the cylinder’s exhaust port. This valve is operated by means of a cable from a computerized mechanical control unit which detects the ignition frequency and determines the required turning angle of the valve. In this way the valve moves upward and downward out of the exhaust port. This means the exhaust timing is constantly adjusted in accordance with the rpm level, thus giving more effective timing over the entire speed range.
The TZ production racer employs a mechanical control system, but the factory racer YZR500, the first Yamaha machine to adopt the YPVS, features an electrical control system to adjust the exhaust timing by means of an ignition pulse, as do most current sports bikes.

The TZ production racers had a purely mechanical system, driven by the crankshaft, from 1980 onwards. In 1983 came the shift to electronics, with the GP factory racer YZR500 and also the production machines the RD250LC and RD350LC which now adopted the power valve system too, immediately in the electronic version. On the 350 cc the performance increased from 50 to 60 HP compared to the previous model by using this technology!

Results
More effective exhaust timing is given in the entire speed range’ thus bringing both high performance and good fuel economy together.